Publication
16 décembre 2021
Haiti: Explosion of fuel truck in Cap Haitien Situation Report No. 1 - As of 14 December 2021
HIGHLIGHTS On Tuesday 14 December at around 12:30 am, a fuel truck exploded in Cap-Haitien killing at least 61 people and wounding 47 more with severe burns, according to latest information from national authorities. In an official announcement on Tuesday morning, the interim Prime Minister Ariel Henry declared three days of national mourning in memory of the victims. Under the coordination of the Haitian authorities, Haitian and UN air assets are transporting medical personnel and supplies. 17 victims with severe burns were transported to hospitals in Port-au-Prince and Hinche on Tuesday, 14 more are planned to be evacuated on Wednesday. PROVISIONAL TOLL 61 people killed 47 people suffered burns, 20 with severe cases 20 houses burnt SITUATION OVERVIEW During the night of 13 to 14 December, a tanker truck loaded with fuel overturned, under circumstances which are still unclear, at the eastern entrance to Cap-Haitien, Haiti’s second largest city, between the roundabout at Samari and Pont Grand-Bois. Local residents were rushing to retrieve the fuel when the truck exploded. A precise death toll is not available at this stage. According to the latest figures published by the local authorities, 61 people were killed in the fire, 47 more suffered burn injuries of varying degrees (20 with severe third-degree burns, 27 with light first-degree burns). Vehicles, motorcycles and some 20 houses in the vicinity caught fire as a result of the explosion raising fears of a higher eventual death toll. National authorities are currently assessing the exact number of people injured or killed, especially in the fire-affected houses. The firefighters and reinforcements worked together for several hours in order to contain the fire. The city’s hospitals are overwhelmed with wounded people, most of whom are being treated in courtyards due to a lack of available beds. The Justinien Hospital (HUJ) and the Haitian Baptist Convention Hospital (HCBH), among others, are overcrowded and lacking supplies. Doctors as well as local and national authorities are calling for help. HUMANITARIAN RESPONSE Under the leadership of the Ministry of Public Health and Population (MSPP) and the Civil Protection (DGPC), humanitarian partners are supporting local emergency care providers who report a need for medical personnel and supplies to treat severe burns such as serum, gauze and other items. The National Disaster Risk Management System (SNGRD) has mobilized and a crisis cell has been set up at the National Emergency Operation Center (COUN) to coordinate the management of the emergency. OCHA has supported the coordination led by national authorities by liaising between medical actors, air and logistics operators and the national authorities in charge of the response. Air assets of the United Nations Humanitarian Air Services (UNHAS), the Mission Aviation Fellowship (MAF), the Haitian Air Ambulance and HERO, have been mobilized to transport medical personnel, supplies and patients. Seventeen people with severe burns have been transported to the MSF hospital in Port-au-Prince (Tabarre) and the hospital in Hinche. The MSPP has deployed seven (7) medical staff (doctors and nurses) to Cap Haitien. Doctors without Borders (MSF), WHO/PAHO and UNICEF have sent additional human resources (medical and non-medical), medical supplies and medication for the treatment of victims. The DGPC is deploying two (2) field hospitals to support the hospitals in Cap-Haitien. On site, local and international partners treated the injured, conducted emergency medical care, and stabilised patients for air transport. On Wednesday 15 December, 14 other patients with severe burns will be transferred to hospitals in Port-au-Prince and potentially in Hinche and Mirebalais. MSF will send five (5) additional medical staff and the DGPC will support the local health facilities with two (2) more emergency physicians. CONTEXT The accident occurred against the backdrop of a severe fuel crisis resulting in part from a month-long blockade of fuel delivery terminals by armed groups, which paralysed the entire country between mid-October and mid-November. The disruption of fuel distributions had a significant impact on hospitals, schools and businesses. Combined with the resurgence of inter-gang violence since June, humanitarian access has been restricted to an estimated 700,000 people in need of assistance across the country. While fuel distributions resumed on 13 November, only three weeks later the Haitian government announced, as part of a plan to improve government finances, the elimination of fuel subsidies on diesel and kerosene, leading to a doubling in prices. As for gasoline, its price at the pump increased by about 20%. In general, road traffic accidents are frequent and often deadly in Haiti, due to hazardous road conditions, poorly maintained vehicles and an inconsistent adherence to road regulations. Haiti’s challenging development situation has led to the debilitation of the country's infrastructure including public hospitals which are often under-resourced and poorly equipped. These hospitals frequently lack the capacity to provide adequate treatment. Contact: Nadja Gueggi, OCHA Haiti, gueggi@un.org Daniel Dickinson, RCO Haiti, dickinsond@un.org For further information, please visit: www.unocha.org / www.reliefweb.int UN Office for the Coordination of Humanitarian Affairs To learn more about OCHA's activities, please visit https://www.unocha.org/.
Lire la suite 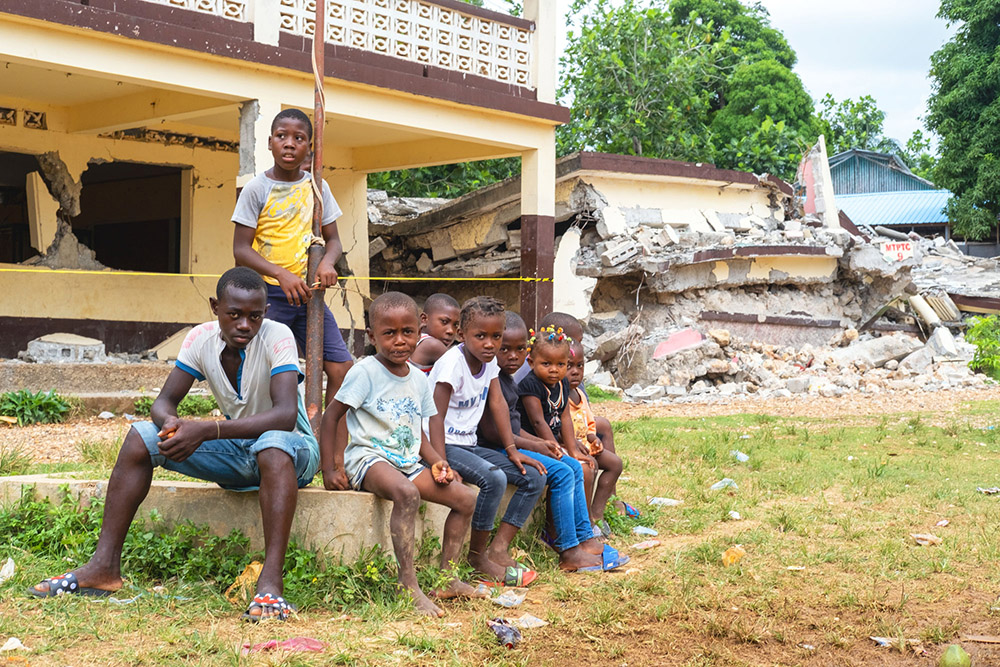 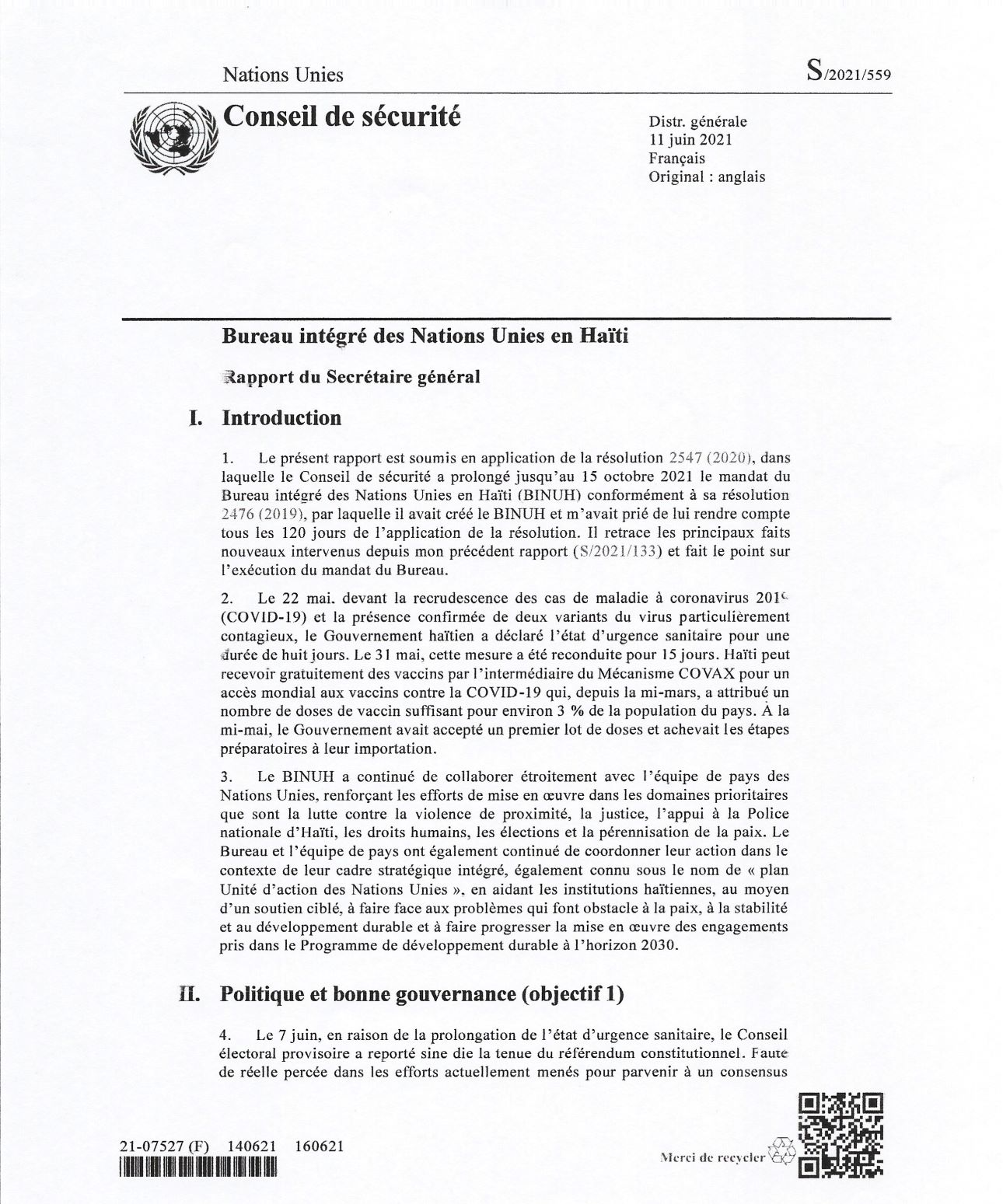 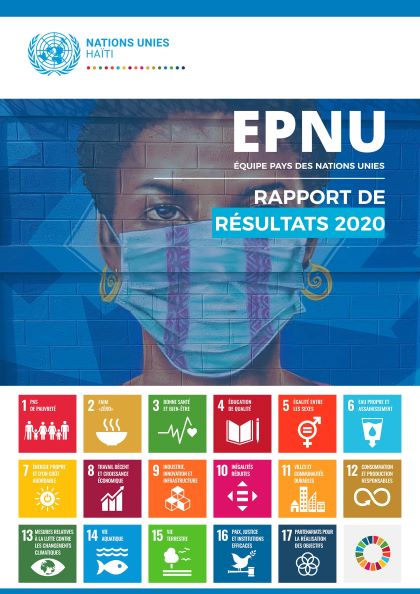 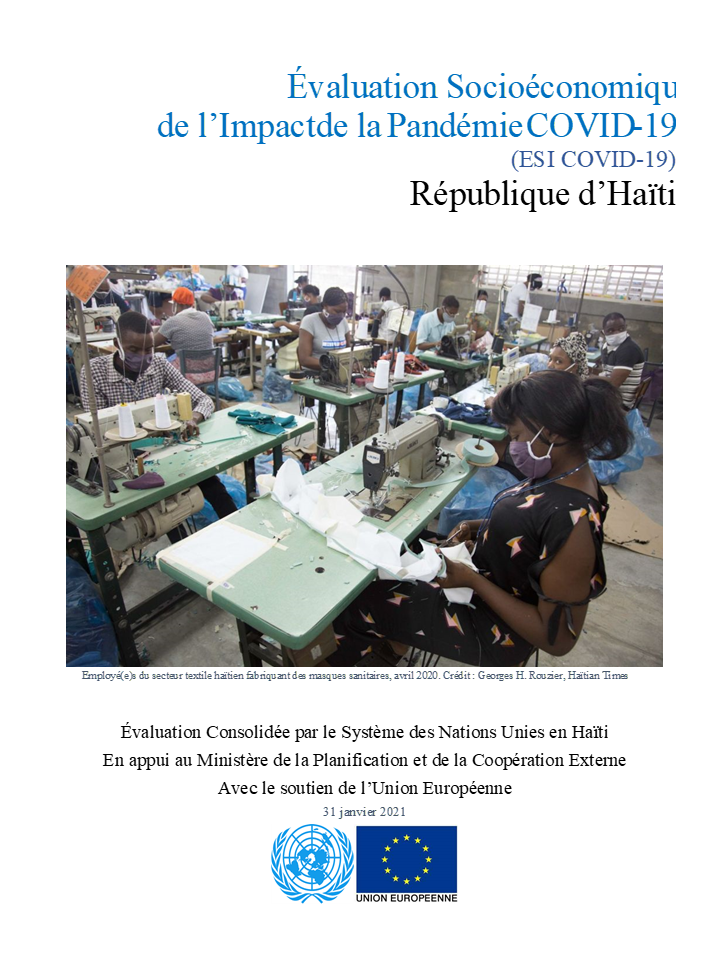 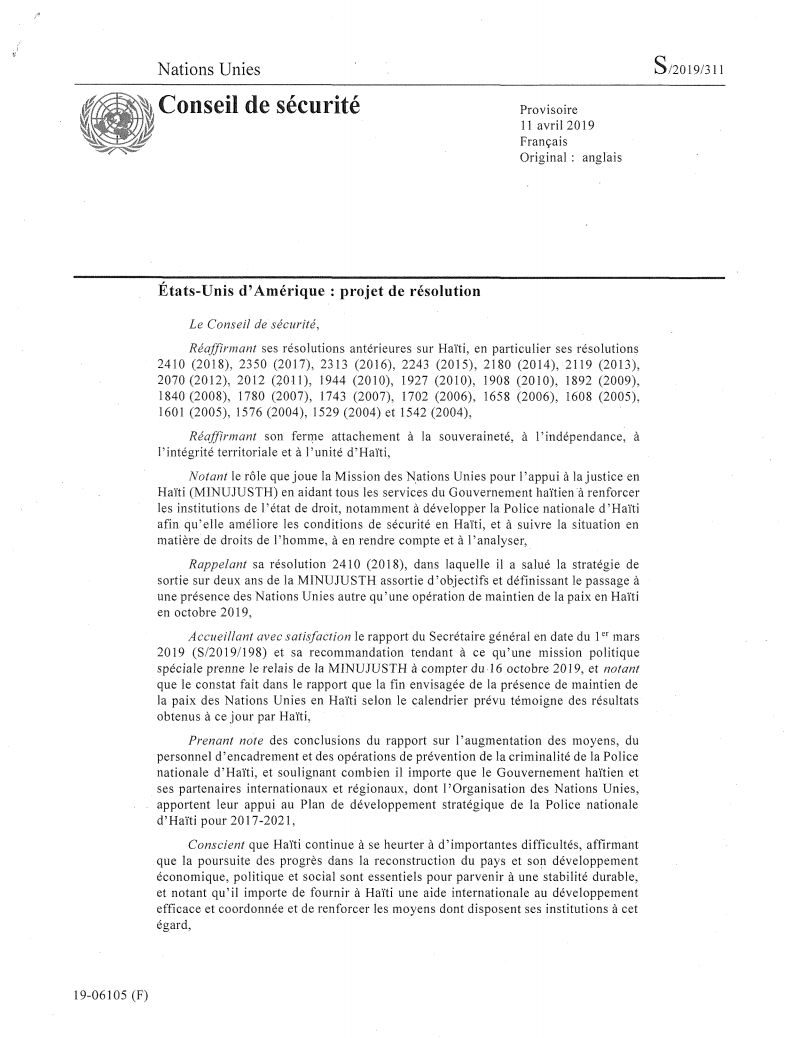 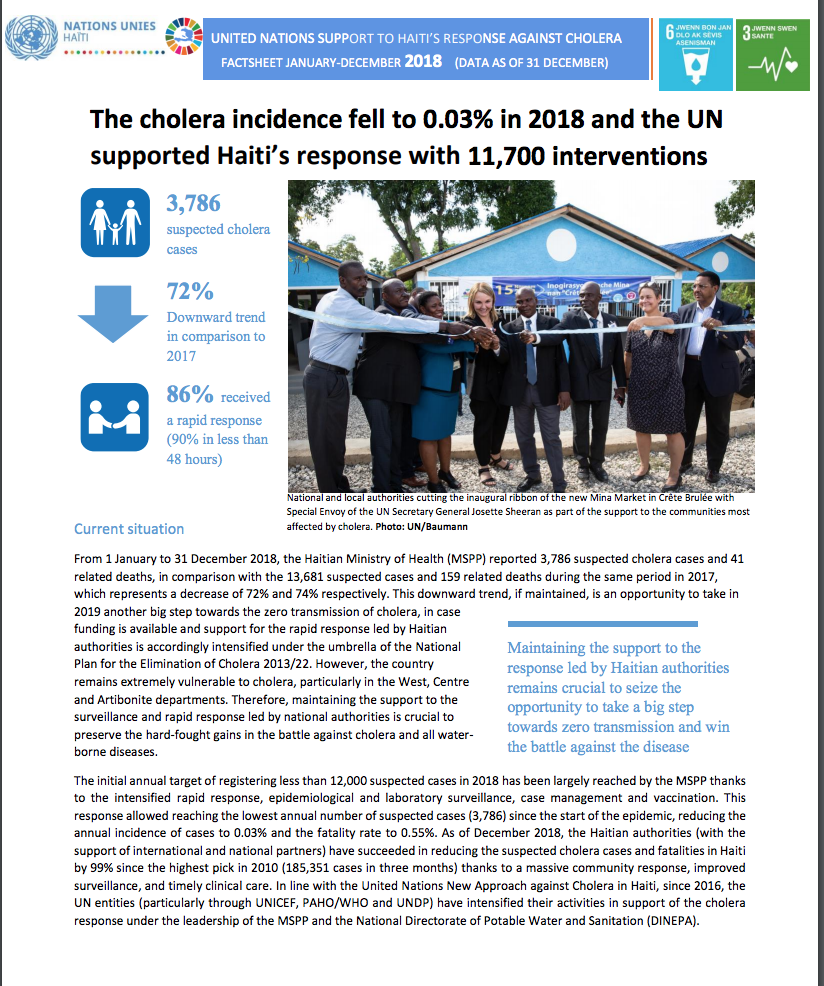 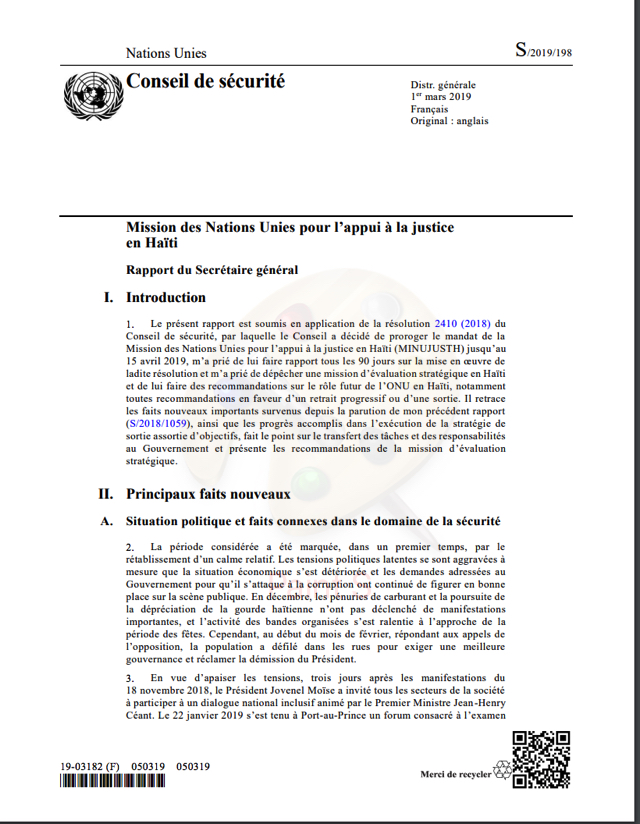 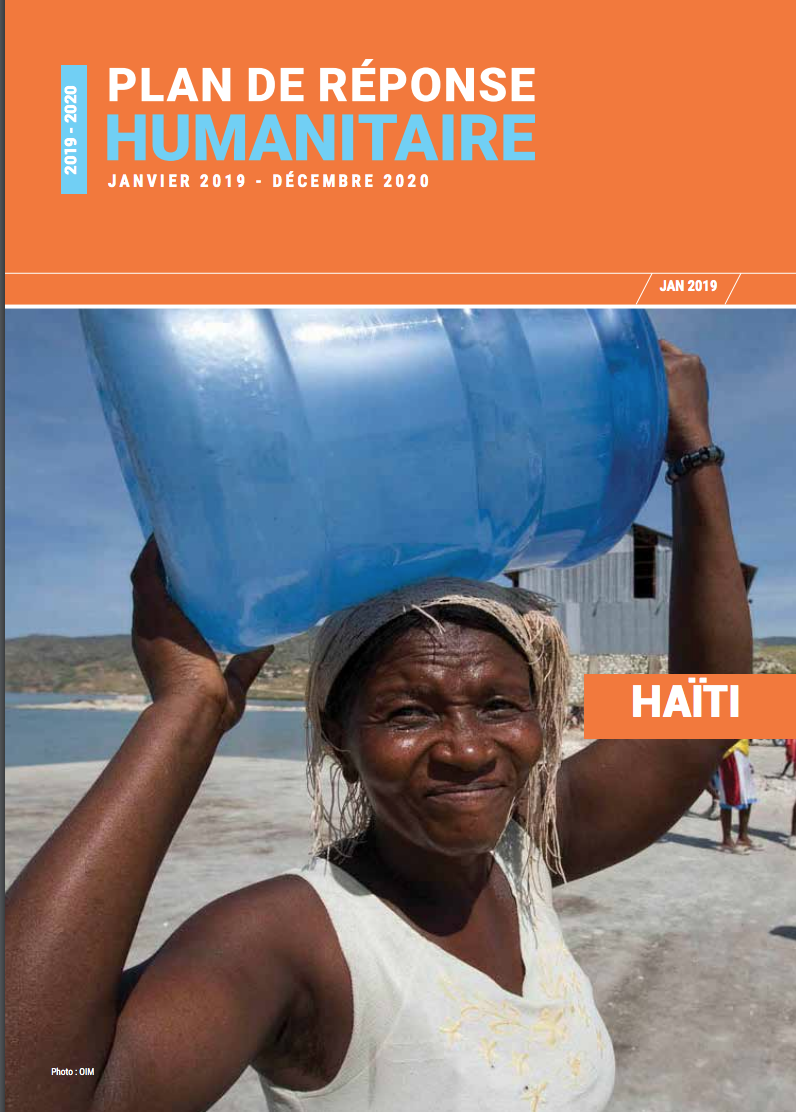 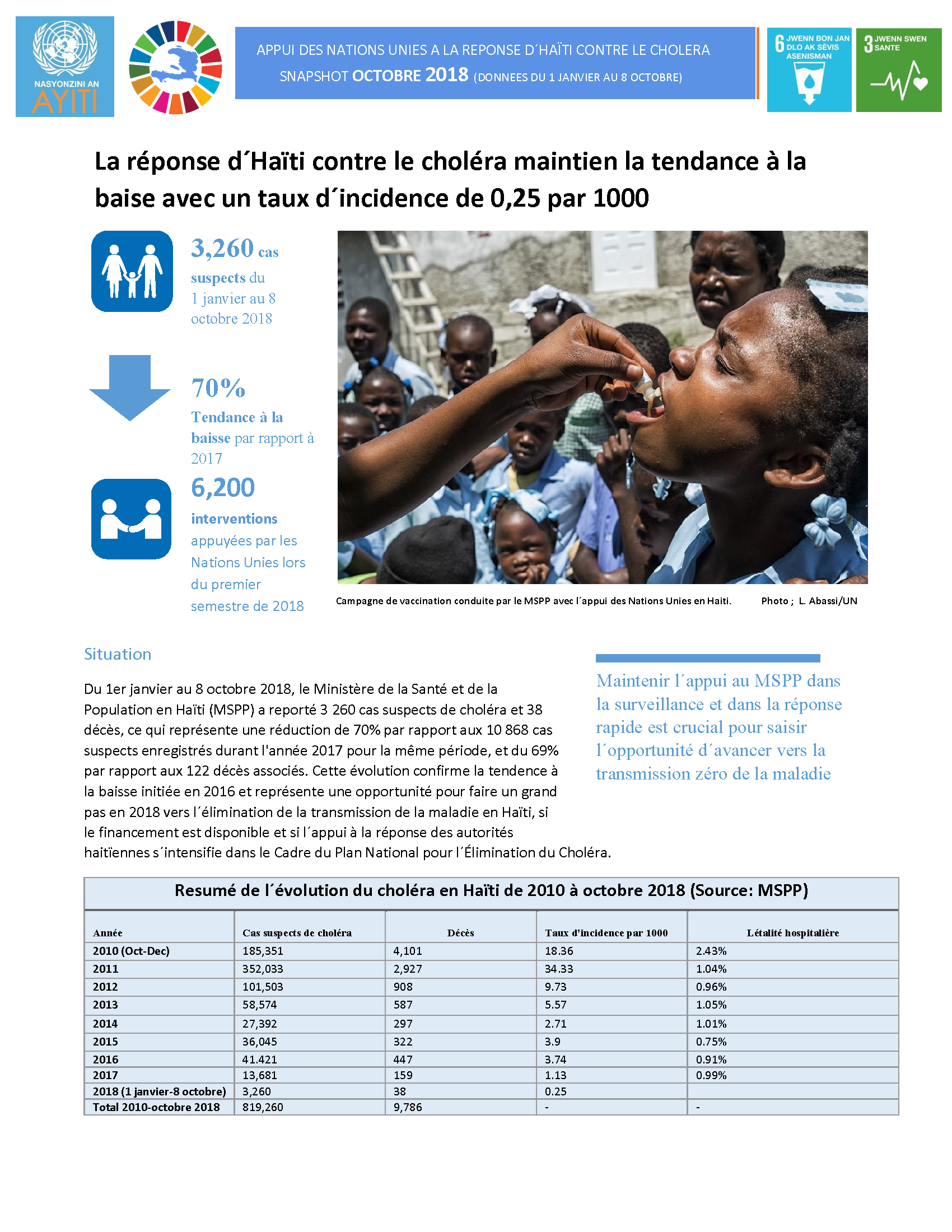 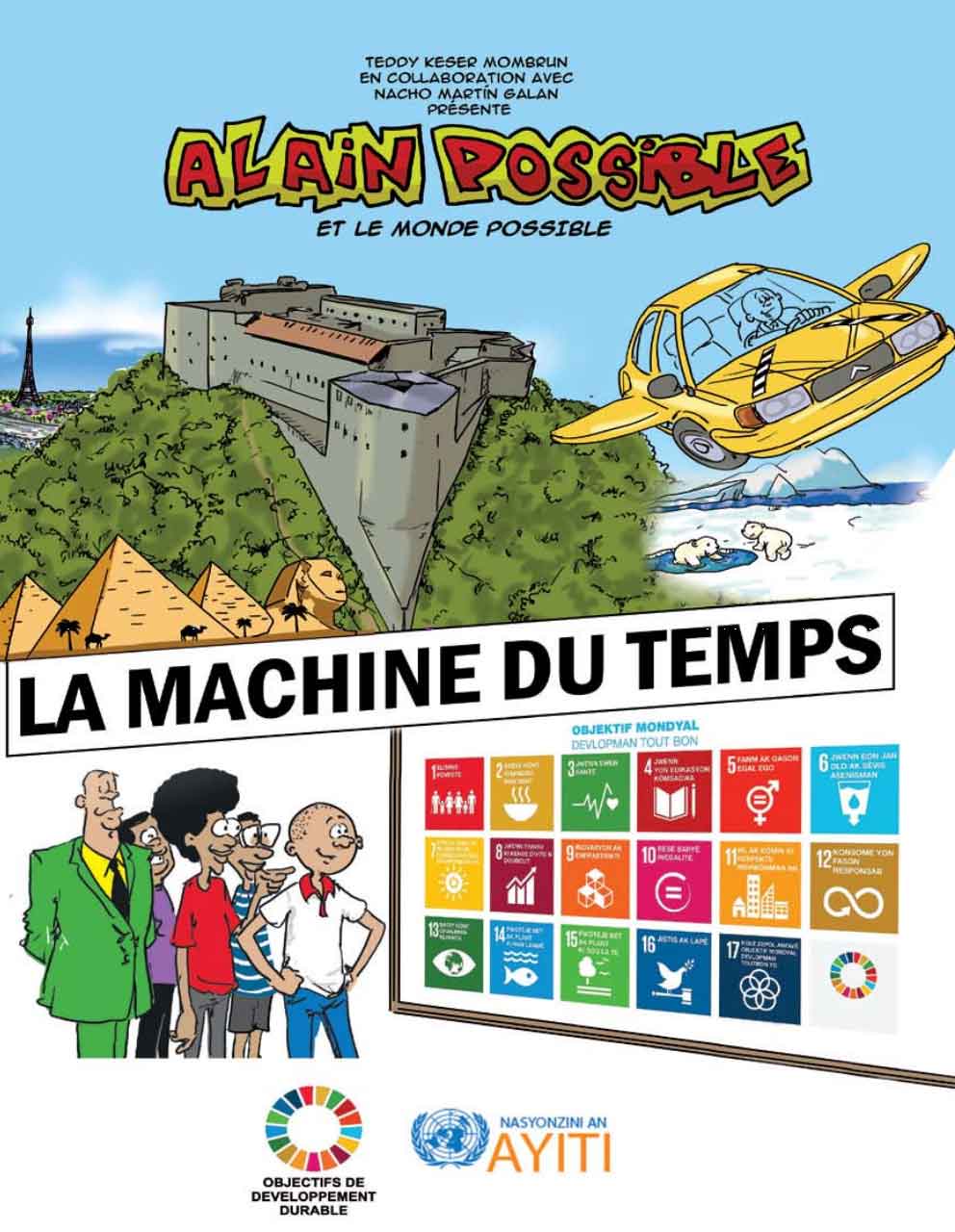 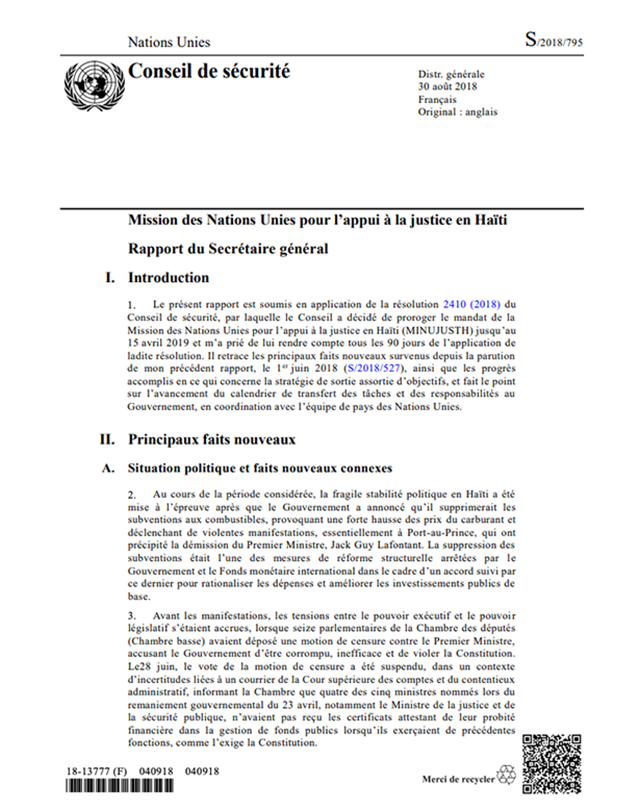 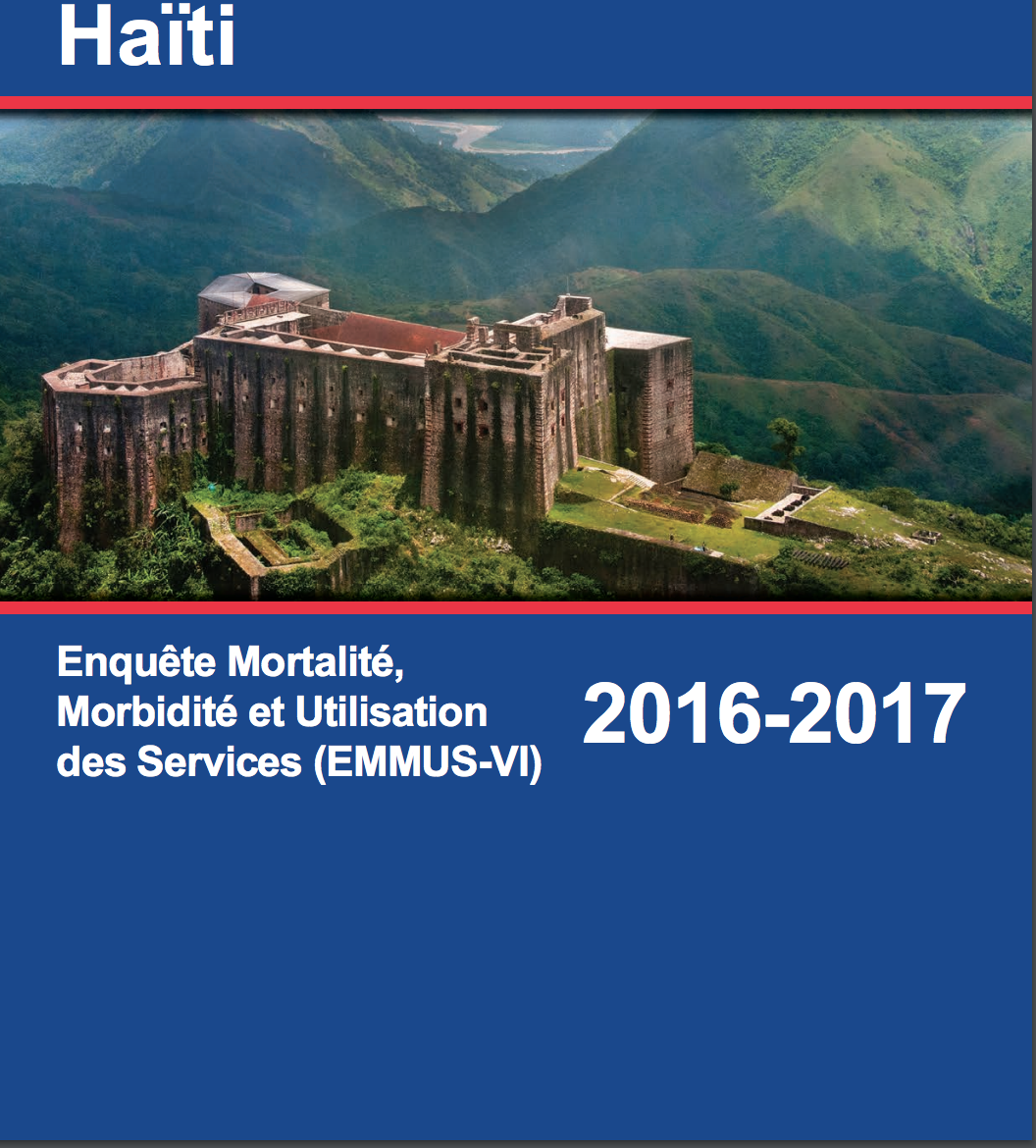