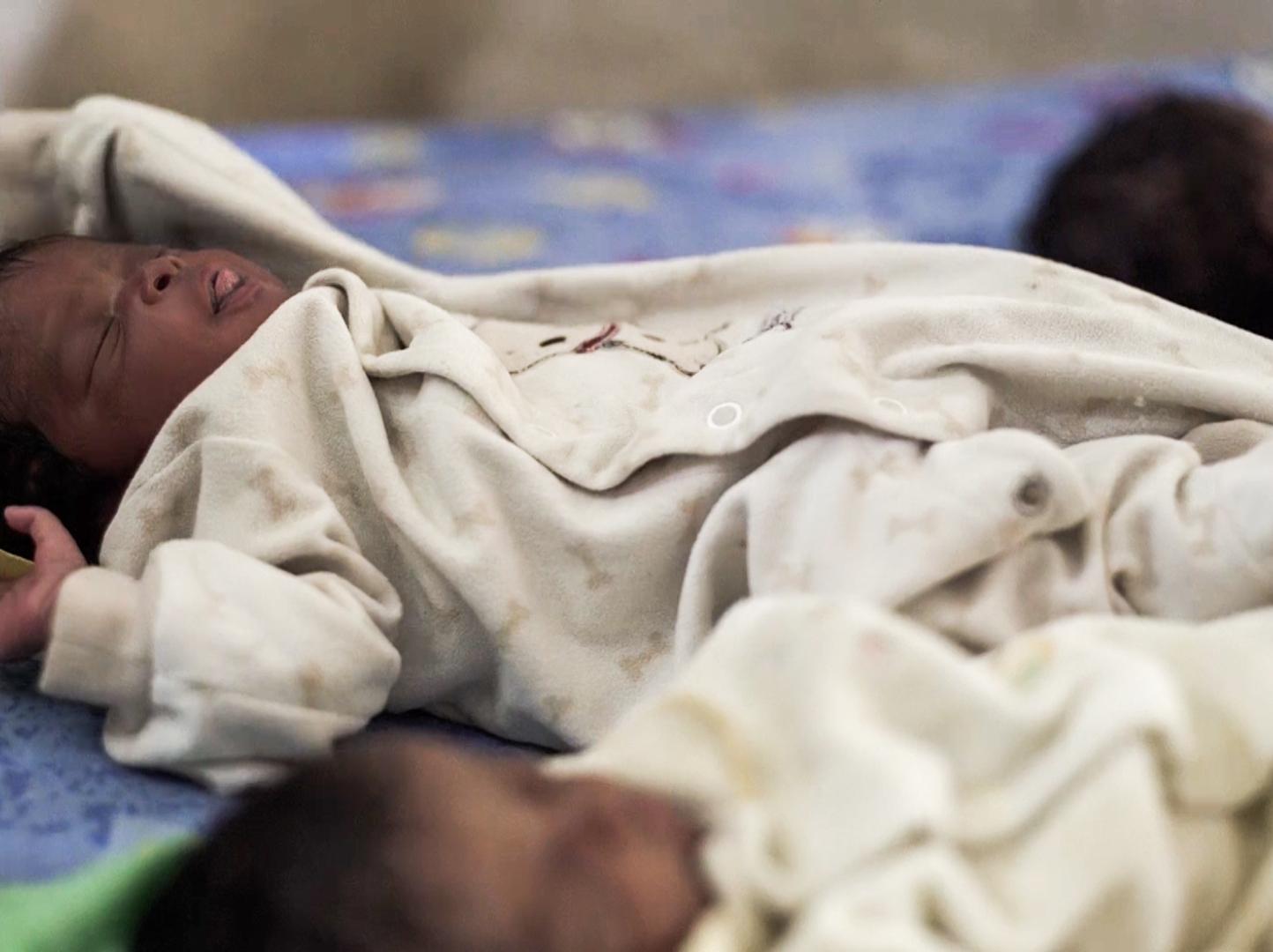 02 It takes a village: Responding to humanitarian crises in Haiti
02 Story

It takes a village: Responding to humanitarian crises in Haiti 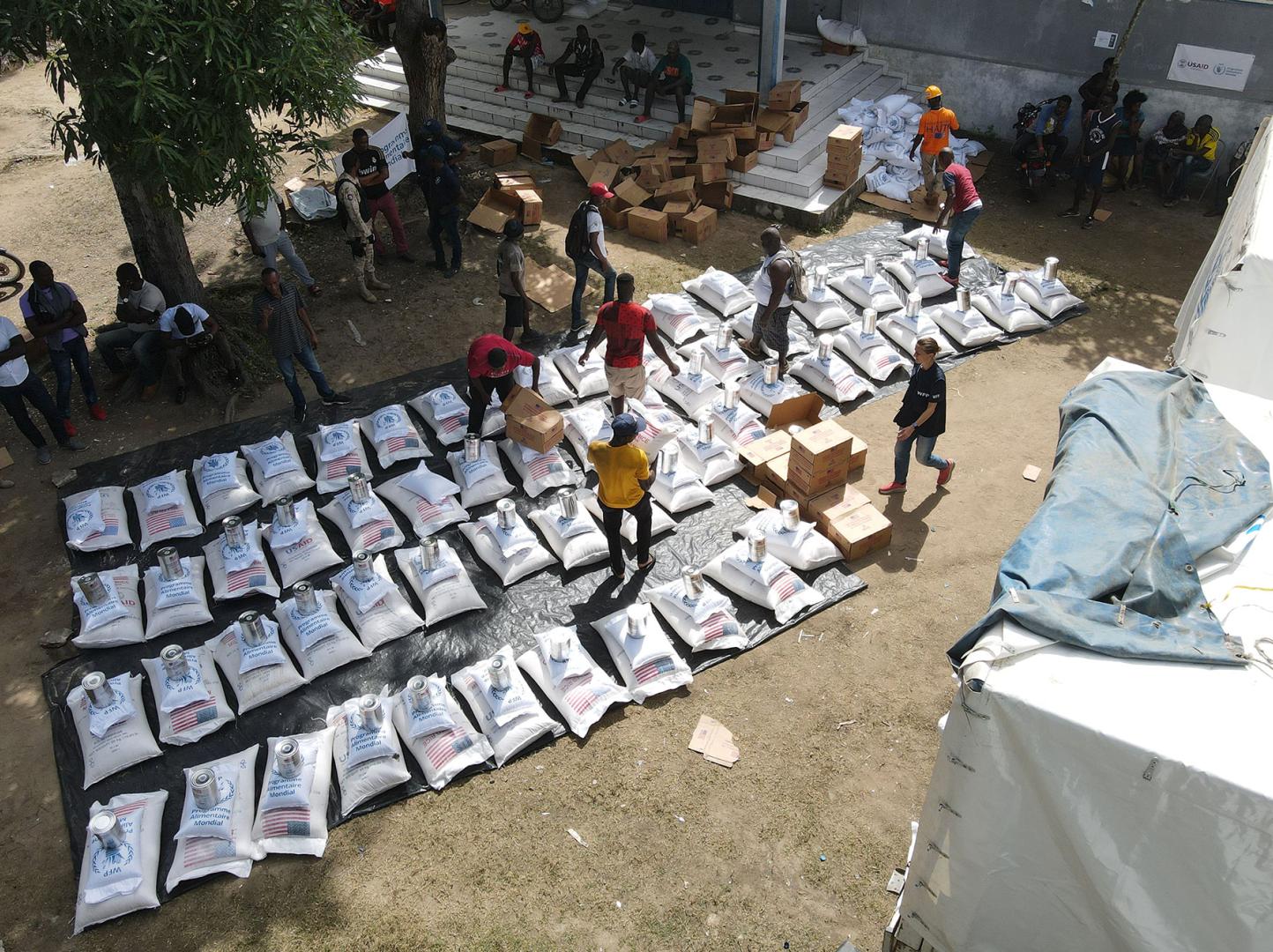 03 First Person: Taking to the sea to deliver aid in Haiti
03 Story

First Person: Taking to the sea to deliver aid in Haiti 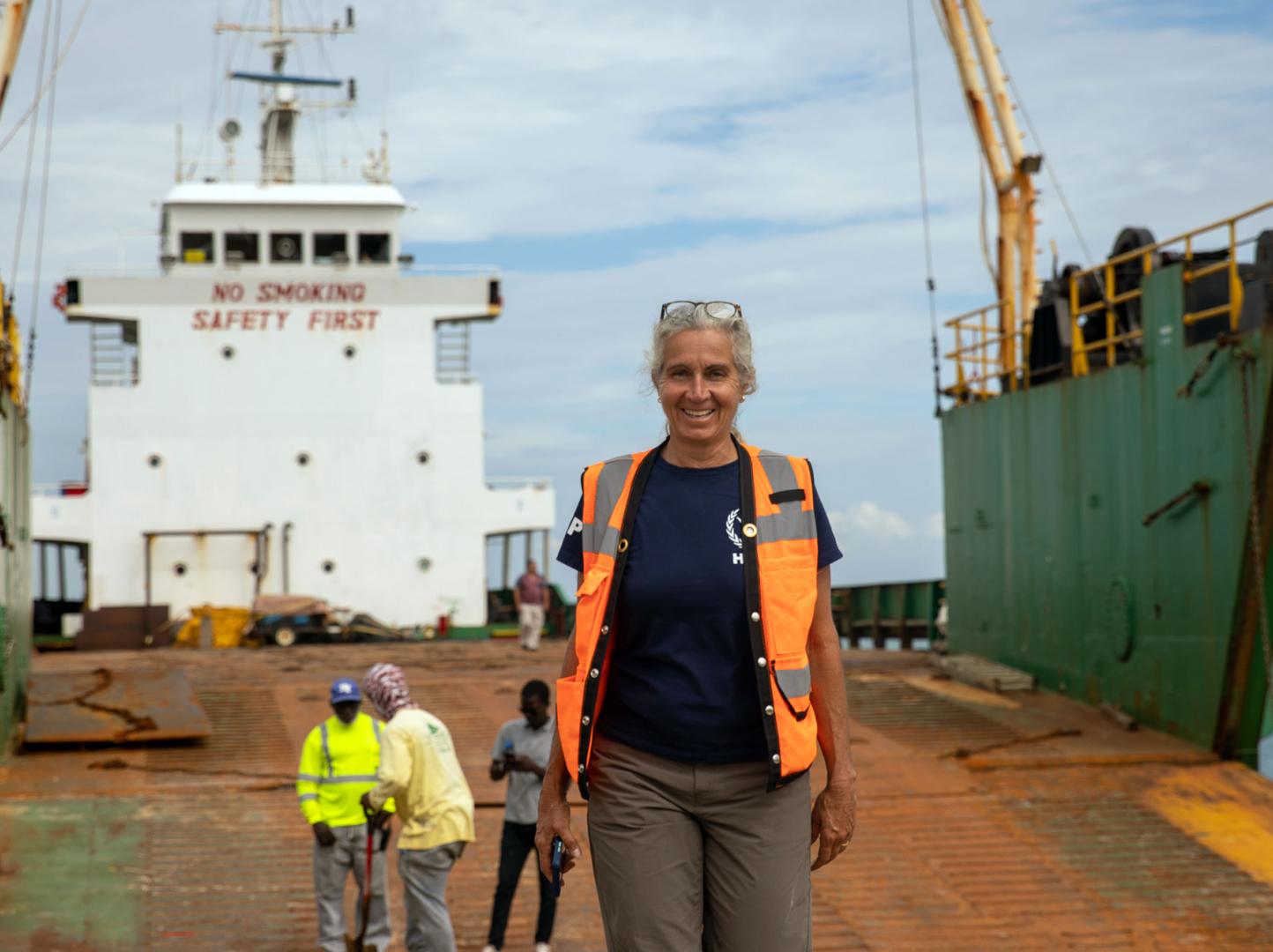 The Sustainable Development Goals in Haiti

The Sustainable Development Goals (SDGs), also known as the Global Goals, are a universal call to action aimed at eradicating poverty, protecting the planet and ensuring peace and prosperity for all people. These are also the objectives of the UN in Haiti.
Learn more
Story
22 October 2021
Faces of Recovery: Leading by example
Wadlet Merant’s house in Pestel was damaged in the earthquake, however as the secretary of the U-Report club (a youth community group) he was committed to helping others survive the worst affects of the catastrophic event. “I was in total panic. It was a terrible thing. It was like the end of the world. Members of the U-Report club were together on the ground pulling people out of the rubble. Today, the work of our U-reporters continues. It has been very encouraging to see all the young people supporting each other and the community they live in. I have witnessed change at first hand. People and especially young people started to behave differently after what had happened, helping each other in a more prominent way. Before the earthquake, U-Reporters led by example, cleaning public spaces. Now, young people help us to clean the streets and to remove the rubble. The entire community in Pestel is helping to make the city cleaner. I did not expect that. This is a really important gesture”. Read more about the U-Reporters here
Read more
1 of 5
Story
16 August 2022
First Person: Taking to the sea to deliver aid in Haiti
A shipping officer working for the World Food Programme in Haiti has been explaining why the delivery of humanitarian aid by ship is becoming increasingly critical. Captain Madeleine Habib, who is from Australia, spoke about her experiences ahead of World Humanitarian Day, which is marked annually on 19 August and the theme for which this year is “It takes a village.” “I am a Shipping Officer for the World Food Programme in Haiti. I manage the organization’s coastal shipping service to ensure the safe transit of essential humanitarian goods and assets to the northern and southern parts of the country. A maritime alternative is increasingly critical as gang control over the highways out of the capital continues to grow. This means that the Haitian population and humanitarian actors have limited freedom of movement in and out of the capital. The situation has a huge impact on the population's income and on the implementation of humanitarian and development projects that should support the community.   This is especially true for the population of the southern peninsula of the country which is still suffering from the devastating impact of the August 2021 earthquake. One year after the disaster, I recognize that thousands of people, especially in the south, are still struggling to recover and are unable to rebuild their lives because the growing insecurity in Port-au-Prince has shattered their economic prospects. Farmers in the rural south are unable to get their produce to markets so their livelihoods are suffering. It takes a village and supply chain is an essential part of that village. We might not be on the frontline, but our network of trucks, ships and planes keeps essential humanitarian aid moving towards our beneficiaries. Our team continues to ensure the transportation of humanitarian aid to these vulnerable populations.”
Read more
1 of 5
Story
28 October 2021
Faces of recovery: Looking towards a better life
Marie Myrlène Théolien a nurse at LESPWA, a UN-supported hospital in Jérémie, in Grande-Anse, says she hopes the earthquake which caused widespread devastation in her home town will provide people with the motivation to create a “better life”. “The earthquake on 14 August caused a lot of destruction in the south of the country and my house was also badly damaged. I like many other people here are really motivated to rebuild and recover after this disaster. In the future, we must make sure that we are better prepared for events like this, so fewer people die. We also need to make sure that our people are healthy and for that, we need more support. So, I have continued to work as a nurse and am now focused on trying to get people vaccinated against COVID-19 by explaining why it is so important to be protected. Many, however, do not believe that the virus exists. We have all lost a lot during the earthquake, but I hope these losses can help us to move on to greater things. I am optimistic that our future can be better, but we do need help."
Read more
1 of 5
Story
26 October 2021
First Person: Earthquake brings out 'heartwarming resilience' of Haitians
Joseph Chlela, who is from Lebanon, is an emergency coordinator with IOM and has been working in the earthquake zone. “I arrived from Bangladesh just two weeks before the earthquake hit Haiti. I’m grateful for my experience working in crisis situations, which helped me set up the emergency response immediately after the earthquake struck. The most important first step is to contain the emergency. I put together a response team working closely with government bodies and local partners. These colleagues were then quickly deployed to the areas most affected to conduct a rapid assessment of the damage and needs and to start distributing non-food kits and shelter items such as tarps, tents, solar lanterns as well as hygiene kits and kitchen sets. A quick response is extremely important to limit the damage and casualties and to provide urgent assistance to those without a roof to sleep under. Volatile Security The main challenges have been logistical and linked to the volatile security situation in Haiti, which has made it more difficult to reach those people in need. The COVID-19 pandemic has further complicated the humanitarian response. Many communities live in hard-to-reach areas where access is typically limited and now nearly impossible due to the bridges and roads which were damaged by the earthquake. If people hadn’t received any support and items such as hygiene kits, the incidence of contagious and water-borne diseases would have drastically increased. 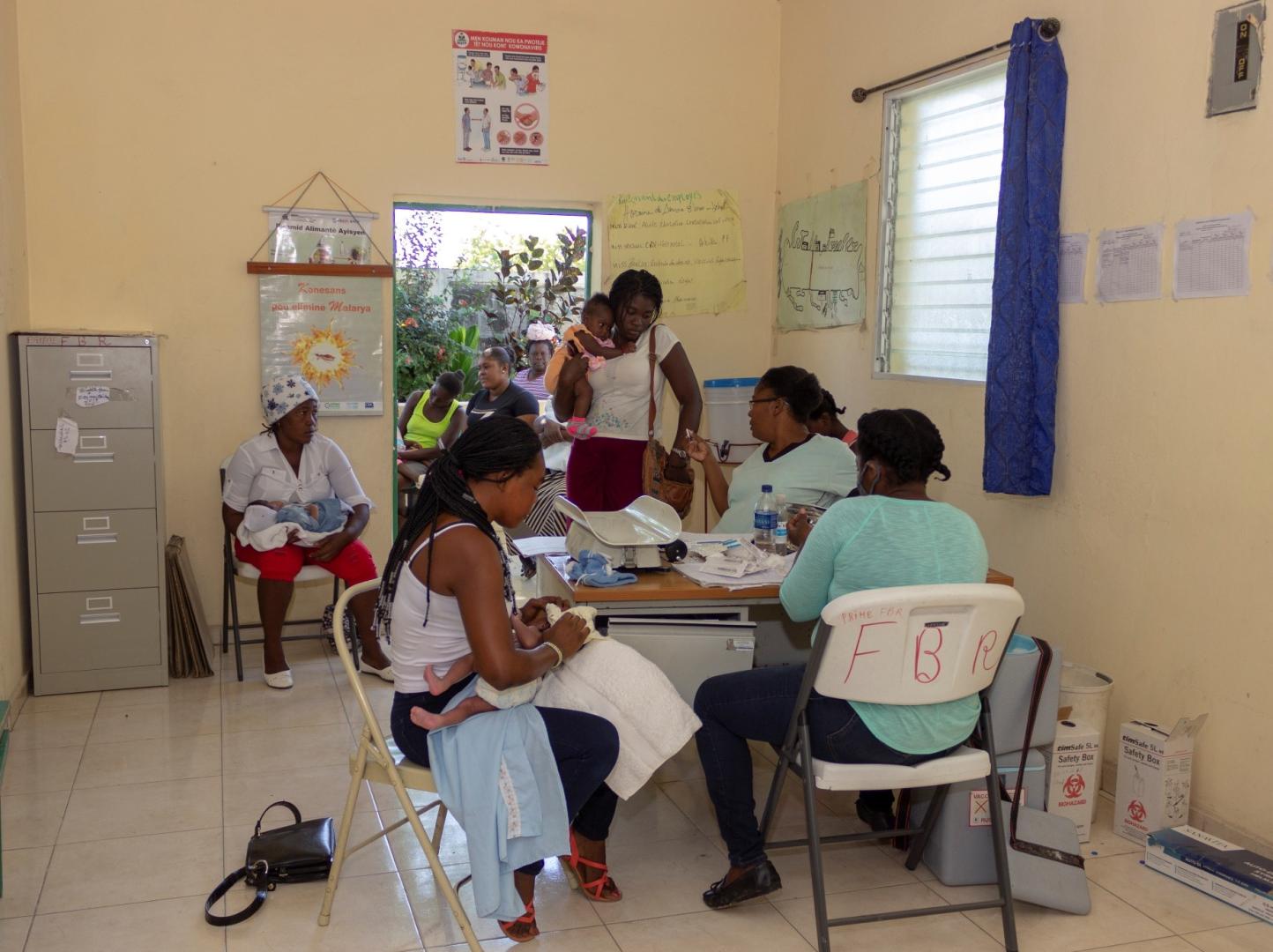 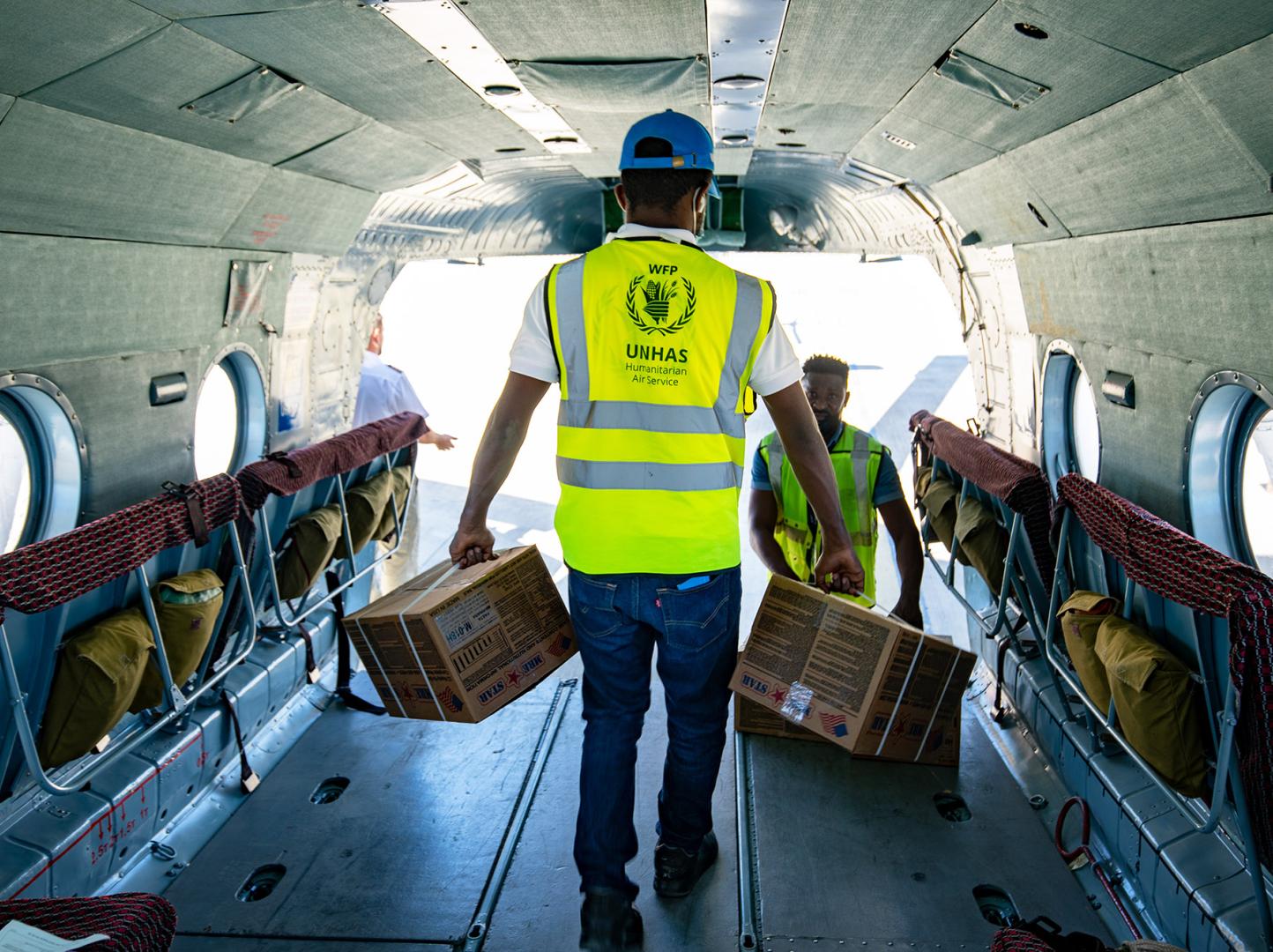 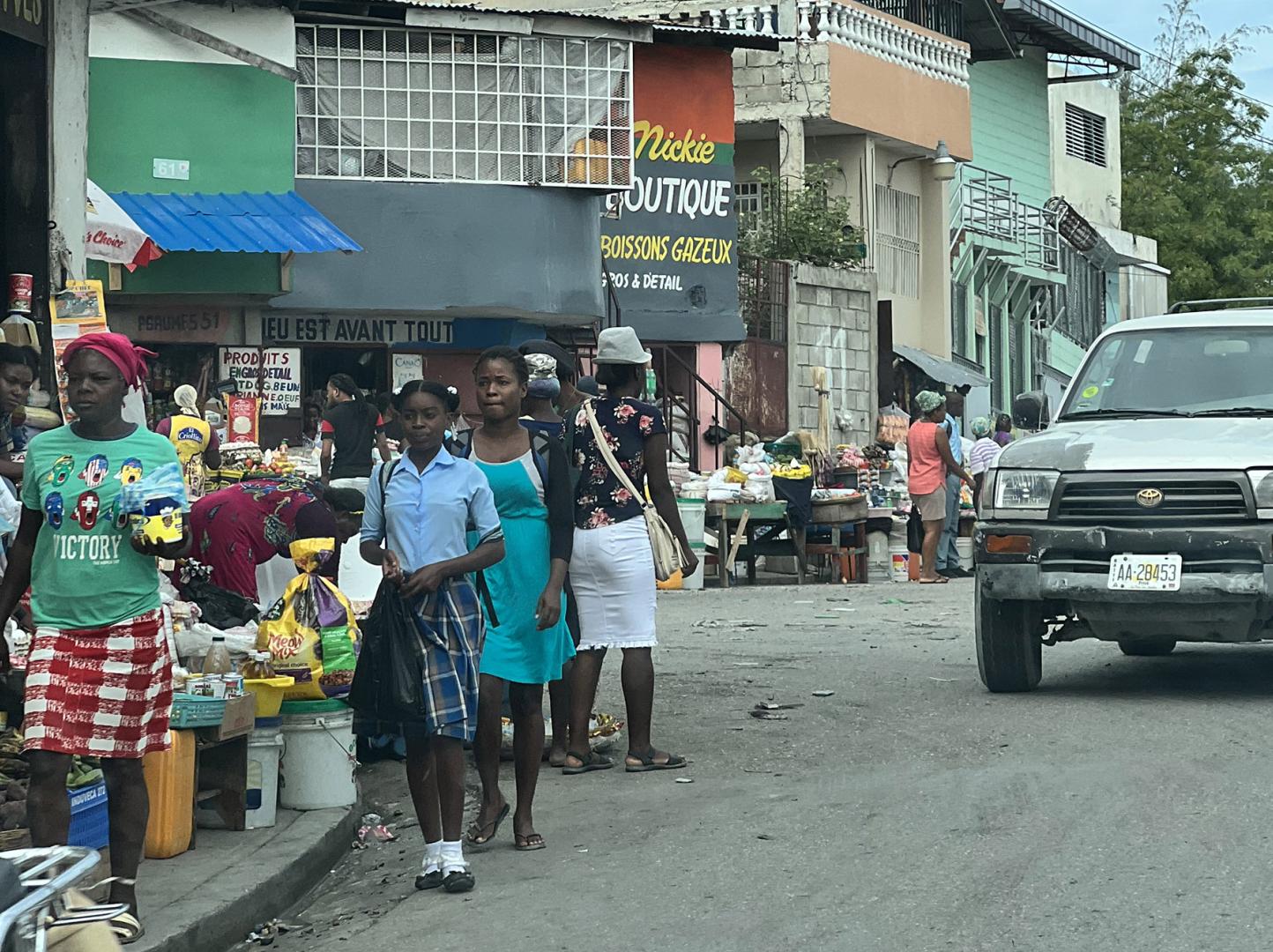 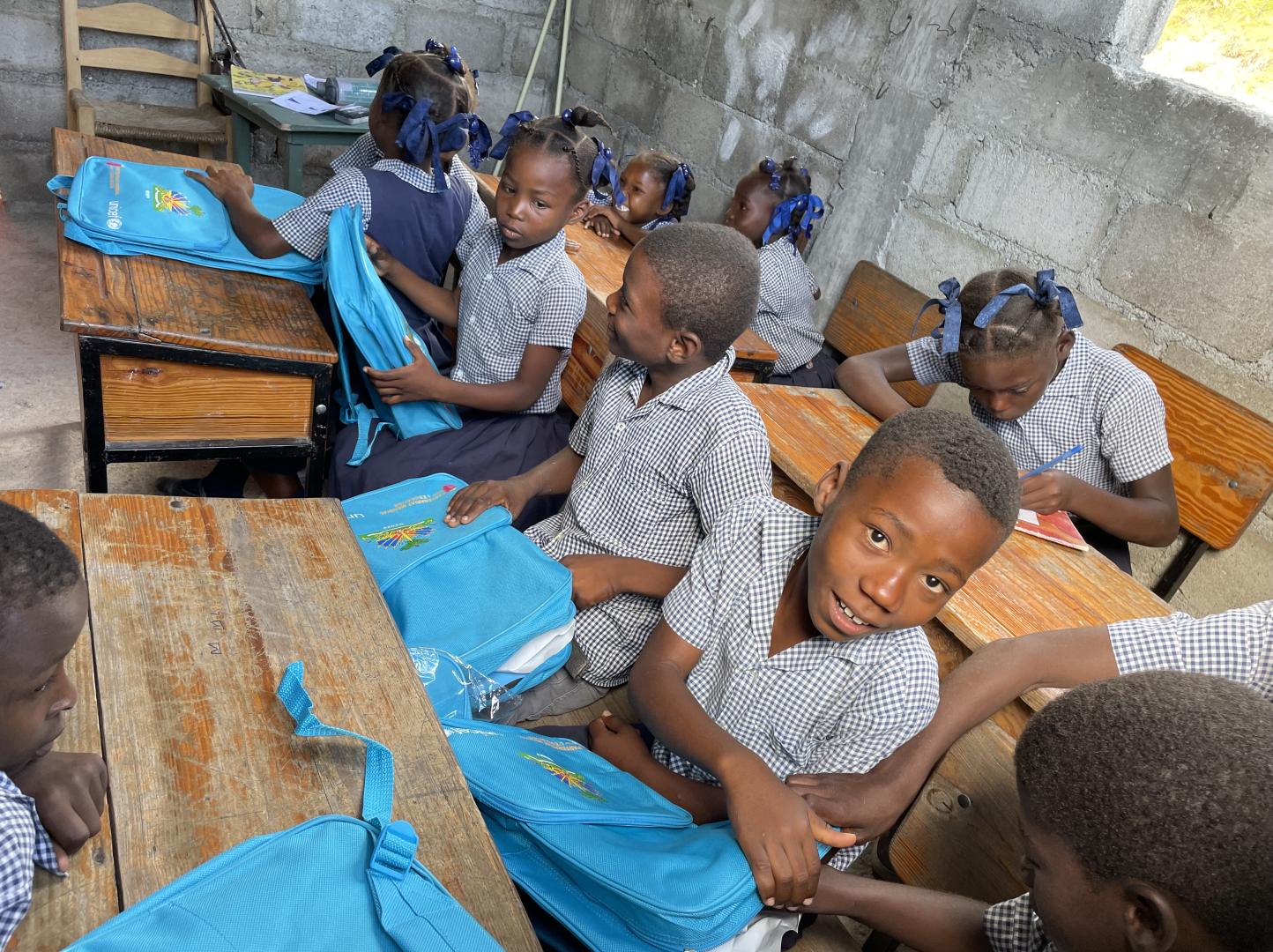 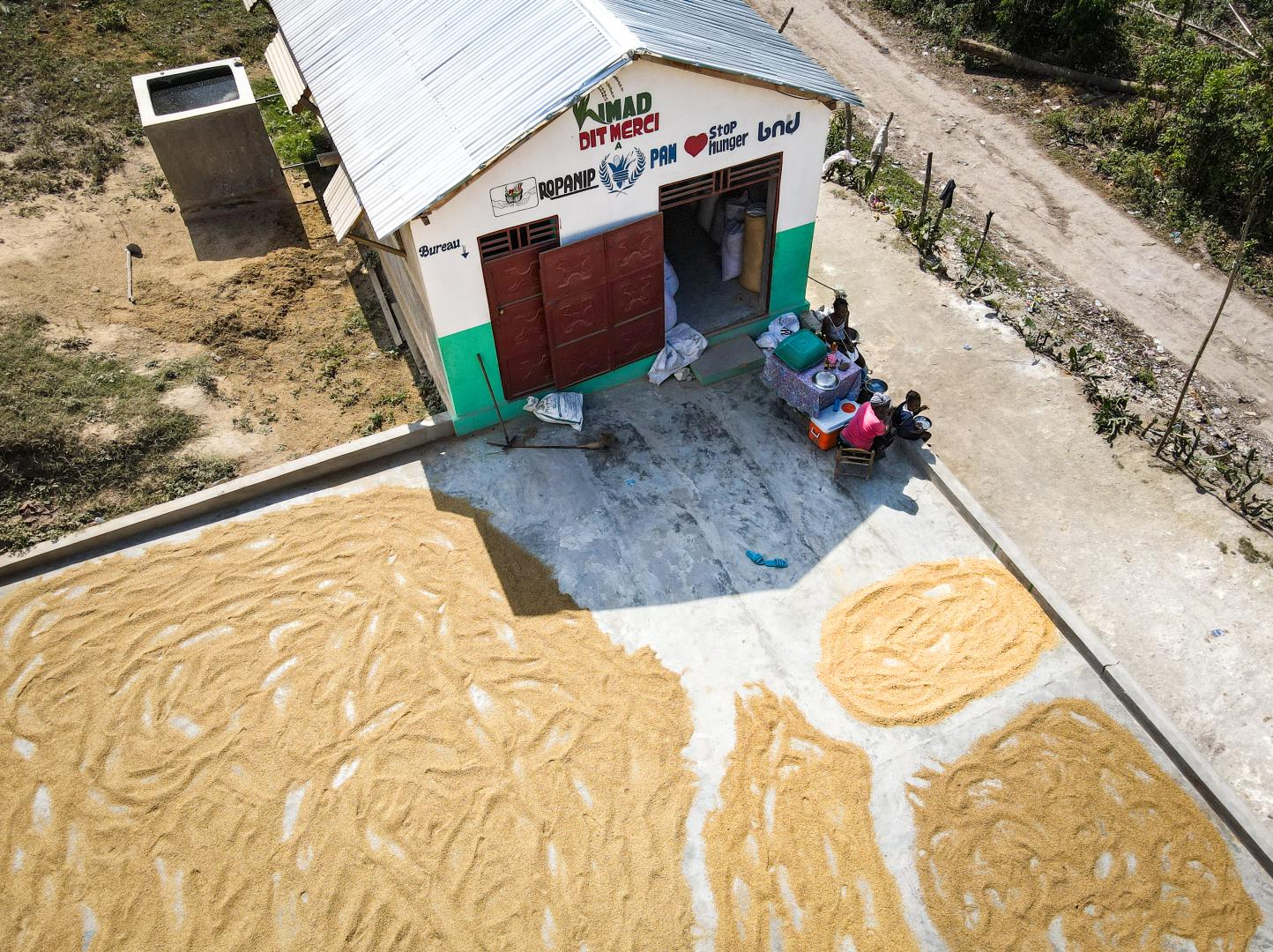 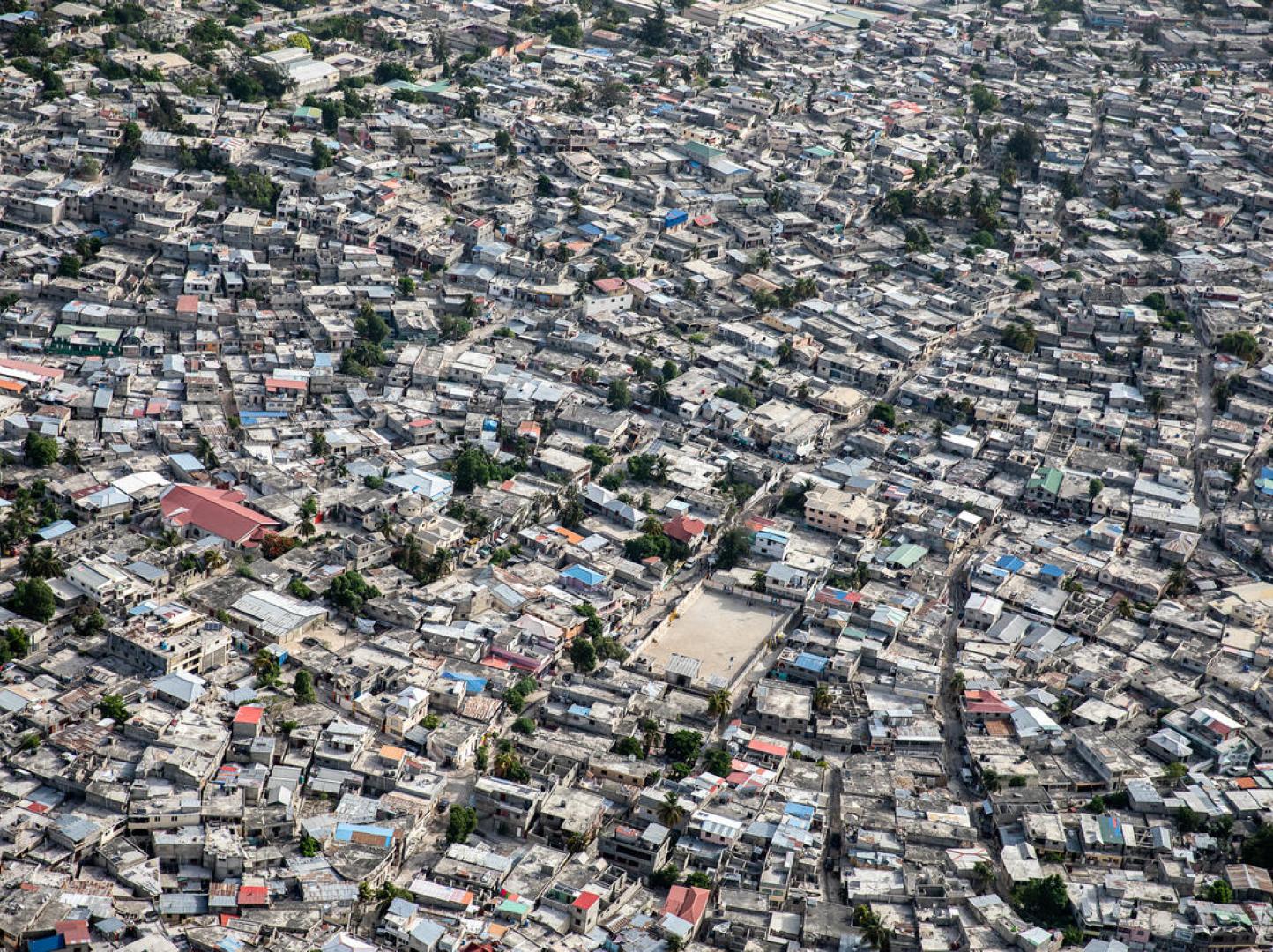 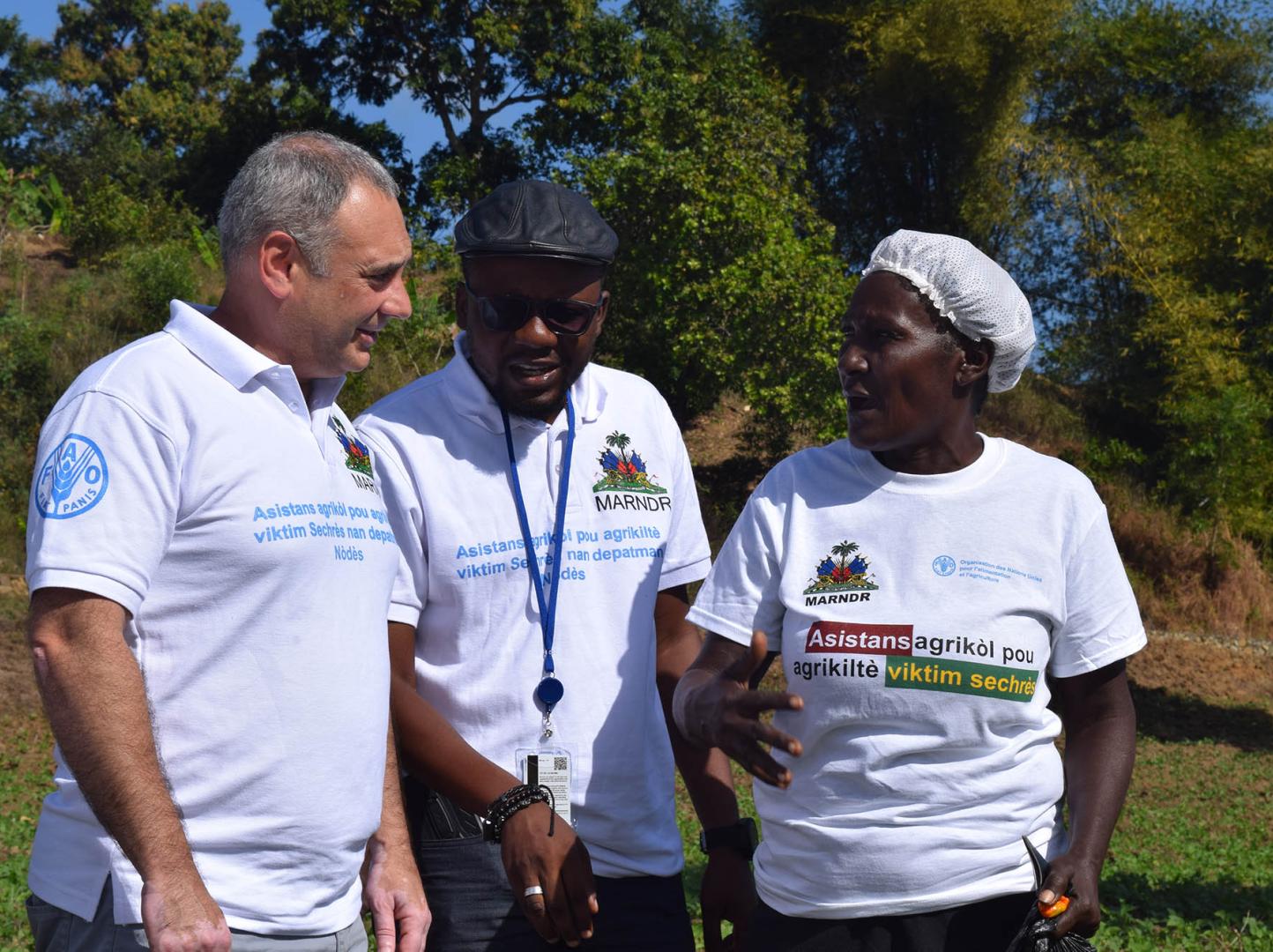 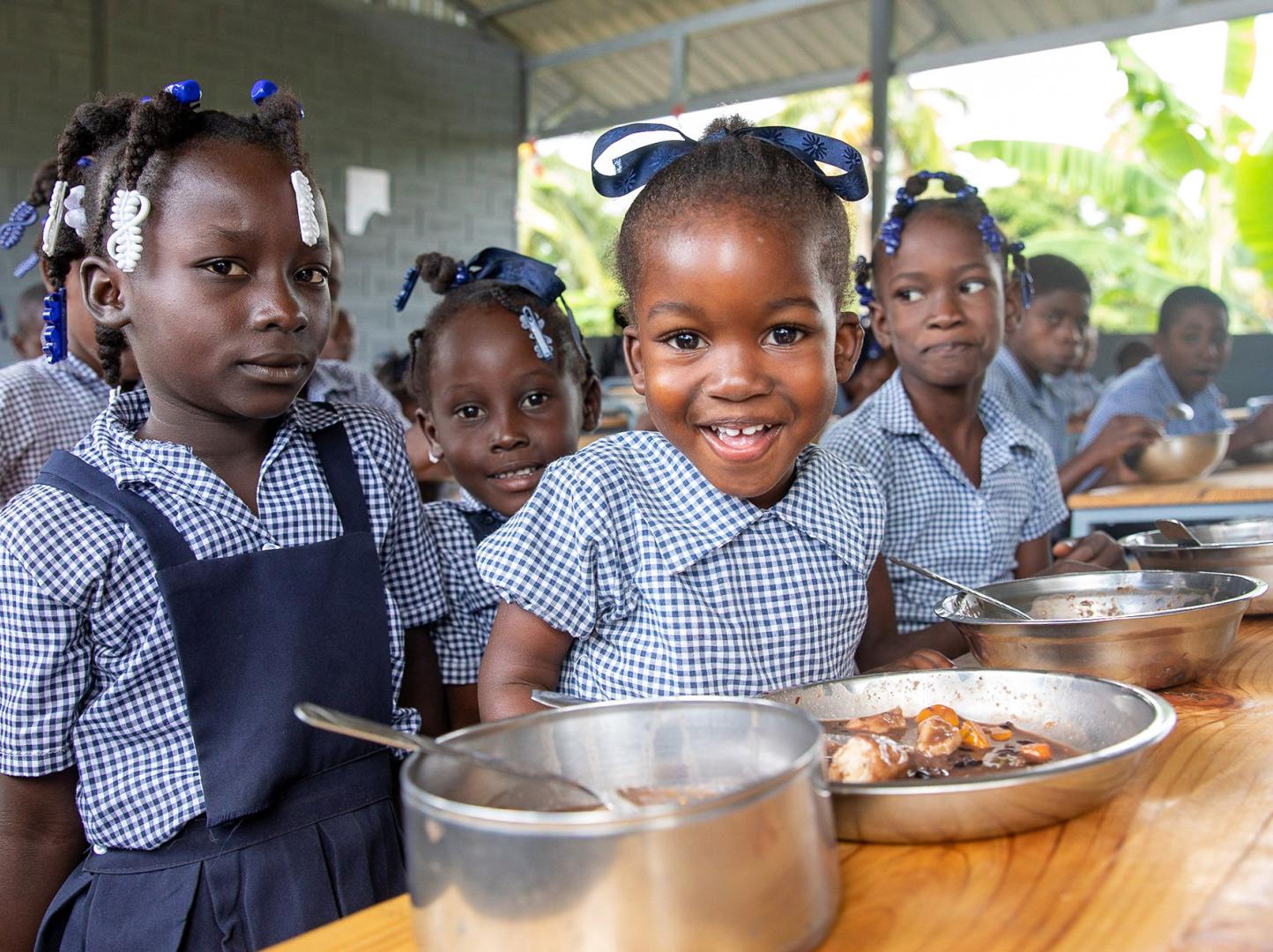 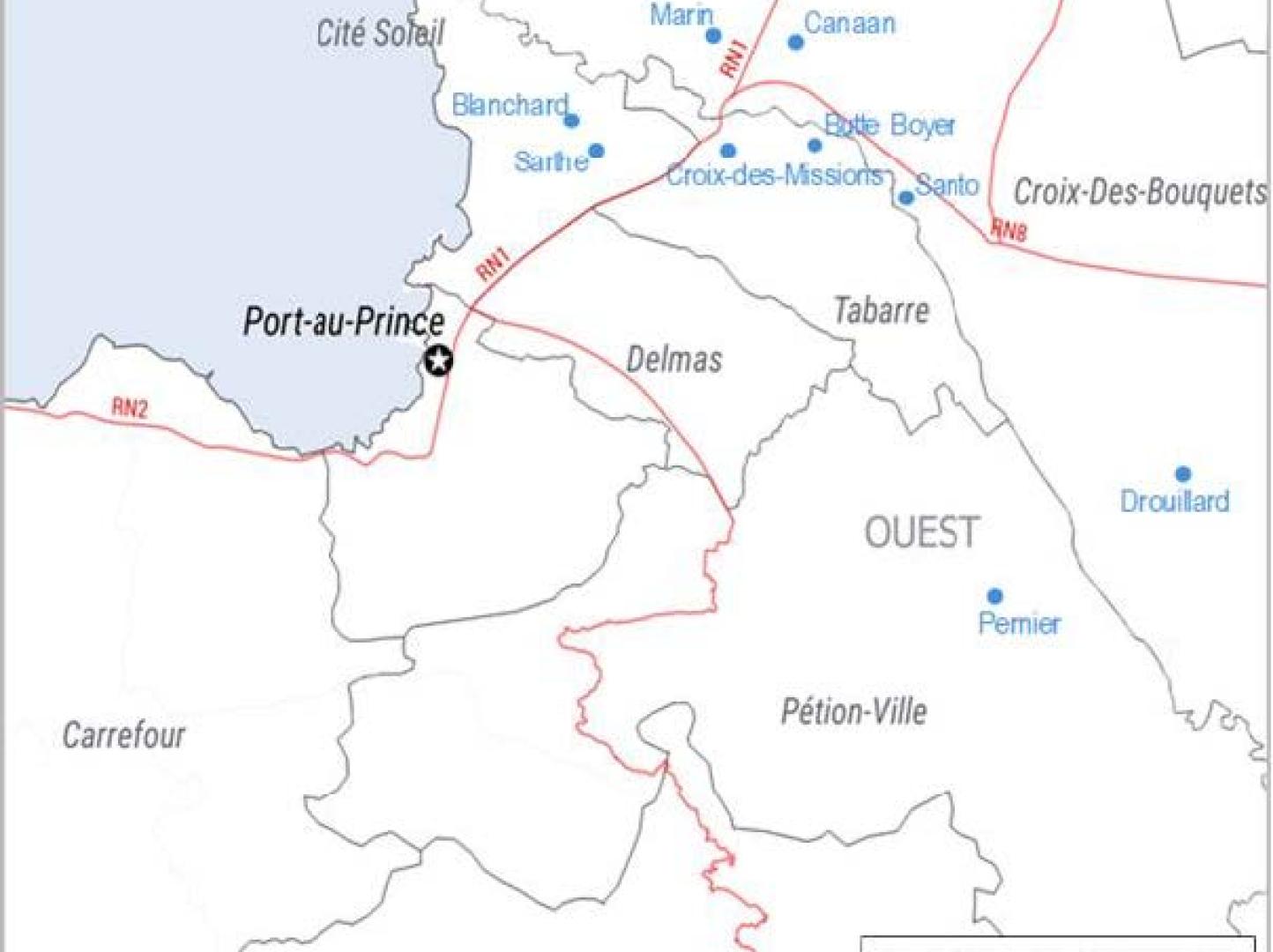 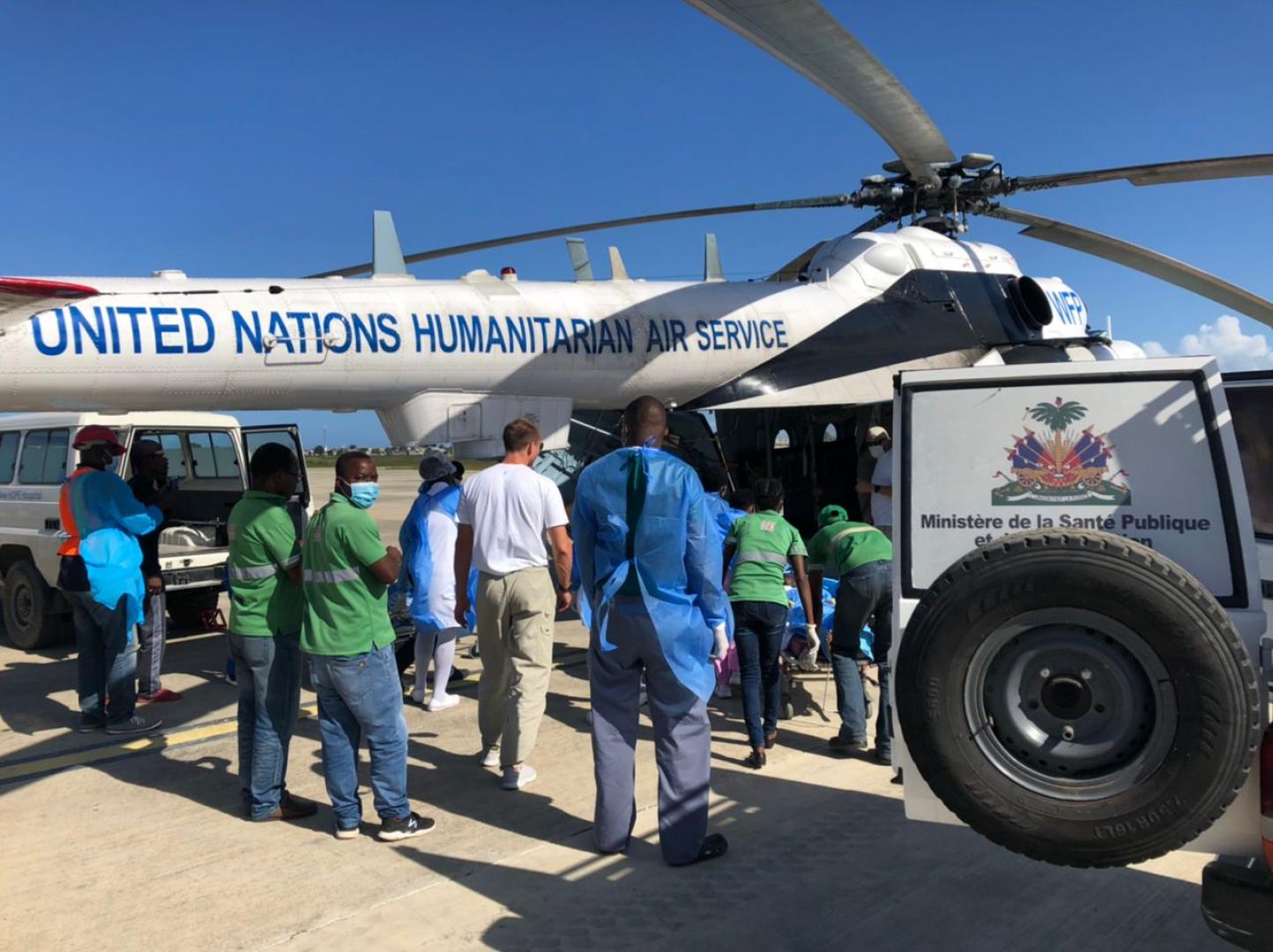